Documentation of the performance

Photos of the performance in Tokyo and São Paulo, 2009 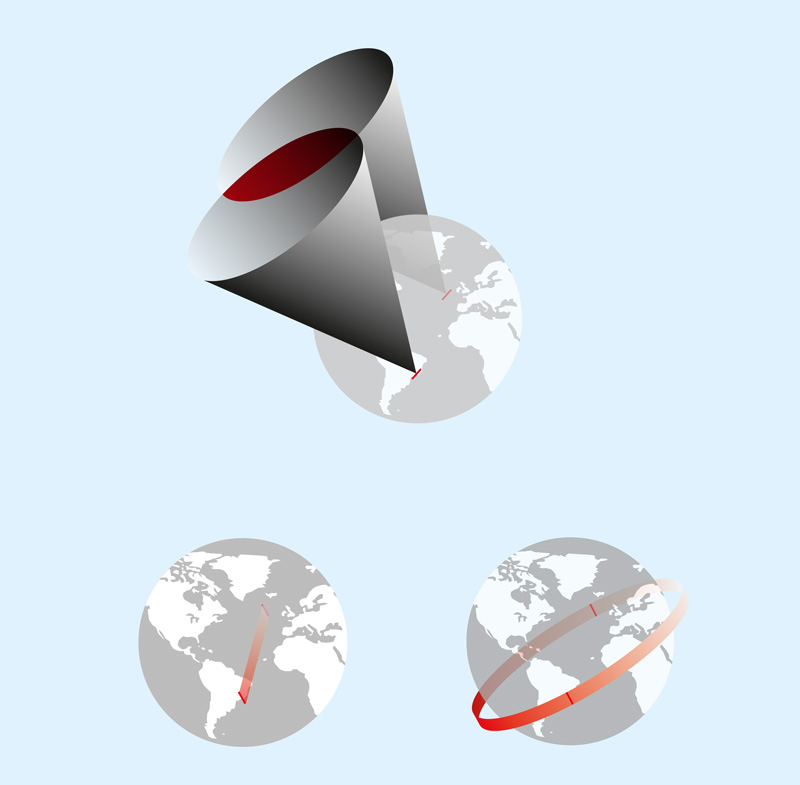 Switched Eyes: azimuth is a performance which took place in 2009, based on the exchange and synchronization between mobile cameras a great distance away from each other. A performer in Japan triggers her smartphone camera with a direction of fifty degrees northeast . This image is then transferred to a mobile phone connected in Brazil. The performer in Brazil needs to find the direction of this image shot in Japan in order to trigger her own camera and send a new image.

Brazil and Japan are antipodes; the former is in the southern hemisphere, the latter is in the northern hemisphere and the time difference is 11 hours. Despite their differences, images bear a spatial link and are produced with the same orientation; they “look” in the same direction. Moreover, by extending vanishing points, the images meet somewhere in outer space.