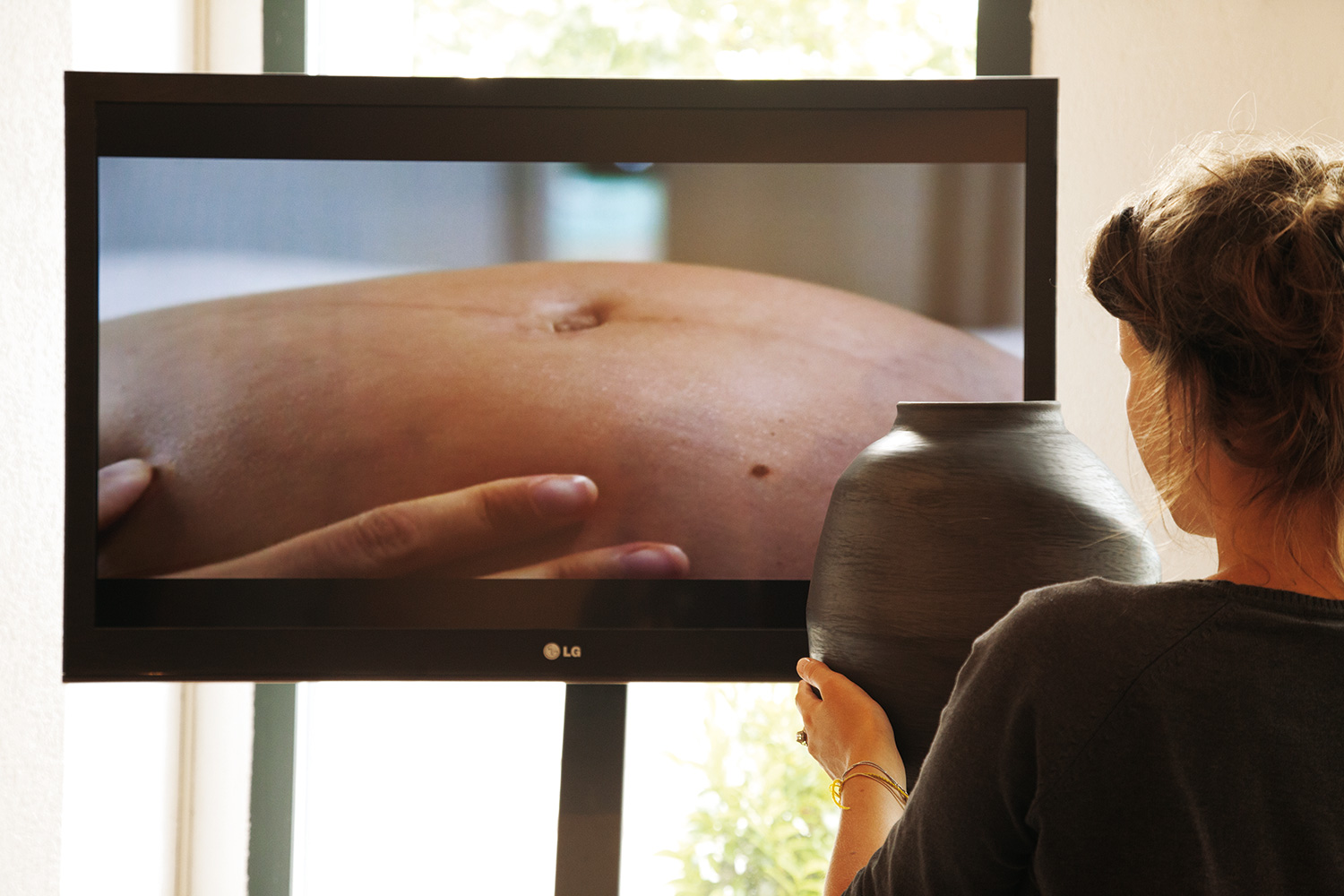 Following the desire to work with the ceramicist Jacques Kaufmann, Ductile explicitly recalls the origin of the world and evokes clay as a raw material. Here the tensile movement of the body shows its whole plasticity through the ductility of the skin which is stretched, formed and deformed without cracking. As an answer to these images, Jacques Kaufmann threw a symbolical shape similar to the traditional Korean Moon jars. This container’s fabrication functions as content and whose presence and absence are found when the work is set in motion, as if the time of its creation was in suspense and inscribed in the material. The material is sandstone polished according to Neolithic technique, resulting in an extremely soft touch which makes it a skin the viewer is invited to stroke as the work is rotating.